Conviction on drug charges in Indiana can lead to heavy jail time and fines. Even after your sentence is completed, a criminal record might make it hard to get a job, a loan or even an apartment. Prosecutors and police may try to collar you with heavy charges, but you have rights and the Law Office of Weiss, Schmidgall and Hires, P.C. is here to protect them. For more than a decade, our Merrillville firm has made every effort to ensure that our clients’ rights are protected. We know how to find holes in the prosecutor’s case and we work to have improperly collected evidence thrown out. We’ll get all the facts and put together legal arguments aimed at averting unfair punishment and helping you move forward.

How controlled substances are classified under Indiana law

Any drug charge is serious, but penalties are harsher in cases where the controlled substance is highly dangerous or addictive and is lacking in medicinal value. State law separates drugs into the following five categories, or “schedules,” as follows:

Crimes involving Schedule I and II drugs carry the most serious sentences.

In Indiana, Marijuana possession can be charged as either a misdemeanor or felony based on whether the amount possessed is more or less than 30 grams. These penalties also apply to K2/Spice, a mixture of plant material sprayed with synthetic marijuana chemicals, which has become popular with younger users. You might be eligible for a conditional discharge if it’s your first offense. This is an important part of the law that we know how to use for a client’s benefit.

In all drug cases, the differences in maximum jail time and fines are significant, so it’s important to have a criminal defense attorney who knows how to get your charges reduced.

Drug offenses and penalties are set forth in the Indiana Uniform Controlled Substances Act. Our firm is well versed in the relevant legal standards relating to these drug offenses:

No matter the particular charge you face, we will develop a strong defensive strategy aimed at securing a favorable result. If you have been convicted of a minor drug crime, our Merrillville lawyers can advise if you are eligible to have your criminal record sealed or expunged.

When police officers overstep their authority in a drug search or arrest, the evidence they collect can be excluded from trial, which often destroys the prosecution’s case. The Fourth Amendment to the U.S. Constitution generally prohibits warrantless searches and seizures. A warrant is authorized only if there is probable cause that a crime was committed or that evidence of criminal activity is present in the location to be searched. Certain exceptions to the warrant requirement exist, so you should consult with a qualified attorney who can evaluate the facts and assess if the actions of law enforcement were based on proper legal grounds.

The Law Office of Weiss, Schmidgall and Hires, P.C. represents individuals accused of drug offenses in Lake, Porter, Laporte, Starke and Jasper counties. For a free initial consultation, please call 219-293-8988 or contact us online. Our office is in Merrillville. 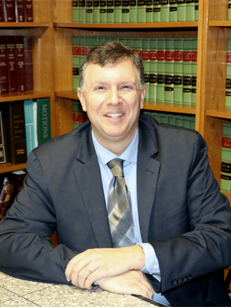 For more than ten years, Christopher Schmidgall has protected the lives of people who find themselves caught in the tangled machinery of criminal prosecution. With the skill and determination he’s demonstrated throughout his life, Chris offers them the help they need to get their lives back in order. Not long after graduating from Valparaiso...

Following a remarkably accomplished academic career, Amanda Hires applied her record of success to servicing good people facing difficult situations. She served as a volunteer at the New Orleans Public Defender’s Office and worked intensively with prosecutors and defense attorneys while under the guidance of Judge Sheila Moss at the Lake County Superior Court... 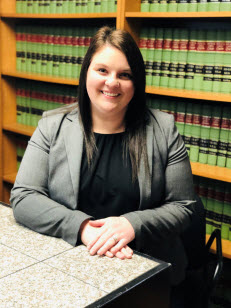 Jessica McPheeters is an associate attorney with her primary focus being in Estate Planning, Probate, Business Formation and Planning, and other general practice matters. Jessica received her Bachelor of Science in Business Administration with a concentration in Economics from Ball State University in 2014. Jessica then received her Juris Doctor from Valparaiso University School of Law...